The United Kingdom is comprised of four countries: England, Scotland, Wales, and Northern Ireland. It is important not only to be aware of these geographical distinctions, but also the strong sense of identity and nationalism felt by the populations of these four nations.
The terms 'English' and 'British' do not mean the same thing. 'British' denotes someone who is from England, Scotland, Wales or Northern Ireland. 'English' refers to people from England. People from Scotland are 'Scots', from Wales 'Welsh' and from Northern Ireland 'Irish'. 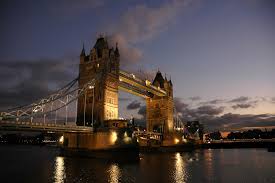 Formerly a very homogenous society, since World War II, Britain has become increasingly diverse as it has accommodated large immigrant populations, particularly from its former colonies such as India, Pakistan and the West Indies.

Language in the UK

The United Kingdom does not have a constitutionally defined official language. English is the main language (being spoken monolingually by more than 70% of the UK population) and is thus the de facto official language. Other native languages to the Isles include Welsh, Irish, Ulster Scots, Cornish, Gaelic and British Sign Language. Immigrants have naturally brought many foreign languages from across the globe.