Germany is the world's fourth-largest economy by nominal GDP and the fifth-largest by purchasing power parity. As a global leader in several industrial and technological sectors, it is the second-largest exporter and third-largest importer of goods. The country ranks highly in many international metrics of performance, has developed a very high standard of living, and features a comprehensive social security system, which includes the world's oldest universal health care system. Known for its rich culturaland political history, Germany has been the home of many influential philosophers, music composers, scientists, and inventors. 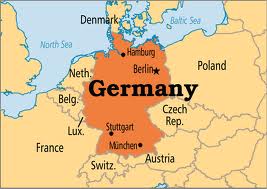 Germany has a social market economy with a highly skilled labour force, a large capital stock, a low level of corruption, and a high level of innovation. It has the largest and most powerful national economy in Europe, the fourth largest by nominal GDP in the world, the fifth largest by PPP, and was the biggest net contributor to the EU budget in 2011. The service sector contributes approximately 71% of the total GDP, industry 28%, and agriculture 1%.The official average national unemployment rate in June 2013 was 6.6%.However, the official average national unemployment rate also includes people with a part-time job that are looking for a full-time job. The unofficial average national unemployment rate in 2011 was 5.7%.
Germany is an advocate of closer European economic and political integration. Its commercial policies are increasingly determined by agreements among European Union (EU) members and by EU legislation. Germany introduced the common European currency, the euro, on 1 January 2002. Its monetary policy is set by the European Central Bank, which is headquartered in Frankfurt. Two decades after German reunification, standards of living and per capita incomes remain significantly higher in the states of the former West Germany than in the former East. The modernization and integration of the eastern German economy is a long-term process scheduled to last until the year 2019, with annual transfers from west to east amounting to roughly $80 billion. In January 2009 the German government approved a €50 billion economic stimulus plan to protect several sectors from a downturn and a subsequent rise in unemployment rates. 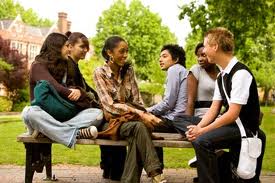 Of the world's 500 largest stock-market-listed companies measured by revenue in 2010, the Fortune Global 500, 37 are headquartered in Germany. 30 Germany-based companies are included in the DAX, the German stock market index. Well-known global brands areMercedes-Benz, BMW, SAP, Siemens, Volkswagen, Adidas, Audi, Allianz, Porsche, Bayer, Bosch, and Nivea. Germany is recognised for its specialised small and medium enterprises. Around 1,000 of these companies are global market leaders in their segment and are labelled hidden champions.