The education system in Mauritius is largely based on the British system since Mauritius was a former British colony. It consist of a 3+6+5+2 system of formal education. The education system in Mauritius is categorized into 4 main sectors – pre-primary, primary, secondary and tertiary. Pre-primary schools accept students as from the age of three. Children from the age of five to eleven go to primary school. They are admitted in standard I and gradually moves on to standard 6. Primary education ends with a national examination which is the Certificate of Primary Education (CPE). Students passing CPE gains 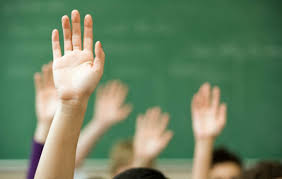 admittance to secondary schools, those with excellent results are admitted in National secondary schools. Secondary education is normally a 7-year study, starting from Form I to Form VI. The National Assessment At Form III is carried out in the third year of Secondary education. Varied subjects are taught and as from Form IV, students are streamlined according to subjects they choose. At the end of the 5th year of study at secondary level, students sit for the Cambridge School Certificate (SC) examination. Passing the SC exam, allows them to continue another 2 year study ending with the Higher School Certificate (HSC) exam.

The teaching of English and French are compulsory in all schools. Students also has the option to learn any ancestral languages which are spoken in Mauritius, that is Arabic,Bhojpuri, Hindi, Mandarin, Marathi, Sanskrit, Tamil, Telugu and Urdu. Other languages includes Italian and Spanish, in 2012 the government also introduce Mauritian Creole in primary schools. The medium of instruction varies from school.