The country's populace is composed of several ethnicities, mostly people of Indian, African, French, and Chinese descent. The Mauritian Constitution is based on the Westminster model. The head of state is the President but constitutional power is vested in the Prime Minister who is the head of government. Mauritius is highly ranked for democracy, economic and politicalfreedom. The island of Mauritius was the only home of the Dodo bird. The bird became extinct fewer than eighty years after its discovery. 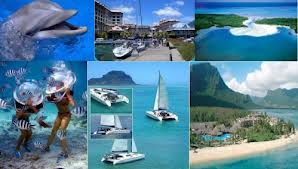 Mauritius has strong and friendly relations with various African, American, Asian, European and Oceania countries. It is a member of theWorld Trade Organization, the Commonwealth of Nations, La Francophonie, the African Union, the Southern Africa Development Community (SADC), the Indian Ocean Commission, COMESA and formed the Indian Ocean Rim Association. Considered part of Africa geographically, Mauritius has friendly relations with African states in the region, particularly South Africa, by far its largest continental trading partner. Mauritian investors are gradually entering African markets, notably Madagascar, Mozambique and Zimbabwe. The country's political heritage and dependence on Western markets have led to close ties with the European Union and its member states, particularly the United Kingdom and France. Relations with China and India are strong for both historical and commercial reasons.